We're back for another show and this time KC is joined by XBuster, of the Monster World Mania community. Listen to a great chat and learn more about how he got into the Wonder Boy/Monster World series and what really makes it appealing to him.

Hello everyone! We are back for another week and it's just awesome to have you here on the Lounge. This has been an amazing year for The SEGA Lounge in terms of listener numbers. We've just surpassed 3,000 listens this season alone which is kind of amazing, from my perspective, for a podcast focused solely on one video game company. As amazing as our community is, it's safe to say we're appealing to a small niche here so I'd like to thank each and every one of you, including the amazing people who listen to our weekly premieres on RadioSEGA. You all rock!

I was never a fan of the Wonder Boy or Monster World series growing up. Wonder Boy or Monster World? Which one? Well, both really. (Don't ask, it's a bit confusing.) Growing up, I remember seeing Wonder Boy in Monster World for the Mega Drive at my local video game store and in promo fliers advertising games for the system. For some reason it never appealed to me and I ended up never getting the game. I also didn't know anyone who had played the game nor did I know anything about it and I guess the Western cover art didn't help either... 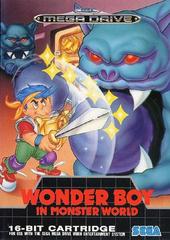 I mean who even is the boy in the cover? I know he's supposed to represent Shion, the main character, but what the hell is he wearing?

Anyway, my first contact with the series came through this show when I scheduled an interview with the folks at Lizard Cube a few years ago. They were working on the remake of Wonder Boy III: The Dragon's Trap and I decided to give the original a try and ended up finishing it and loving it very much. From then, I played a few of the other titles in the series and I really enjoy most of them.

But, this isn't about me, is it? That lengthy intro just goes to show that we all probably have different experiences with the Wonder Boy/Monster World series but few of them are probably as unique as my guest's. I'm joined this week by XBuster, head of the Monster World Mania community, which I found recently on Twitter. This was XBuster's first time on a podcast but he did great and, spoilers, really deserved his Seal of Approval. Join us as XBuster tells us more about how he learned about this long-running series of games, what led him to start this community and how the creator of the series, Nichizawa-san popped up on their Discord one night.

The SEGA Lounge is celebrating its 7th anniversary very soon. So soon, in fact, that we're celebrating it on the next episode! How are we doing that? Well, we're doing what some of you have been asking me to do for a while. We're turning an entire episode of the show into a huge edition of The SEGA Lounge Challenge. What? How? Who? Yeah, you'll find out soon enough. Join me next time for what I'm hoping to be a very different and very fun episode of The SEGA Lounge as we celebrate our 7th anniversary.

As usual, if you like our podcast, please consider leaving us a positive review on your podcast app and feel free to tell your friends in the SEGA community about The SEGA Lounge. Thank you very much for your continued support.

This episode is "sponsored" by Pine Pot Breakfast Diner. 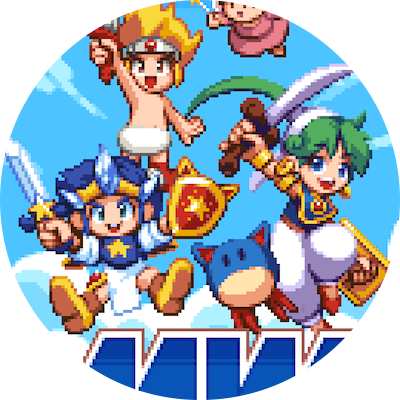 XBuster is the person behind the Monster World Mania community on Twitter. A huge fan of the Wonder Boy/Monster World series, they provide up-to-date news and shares fan works related to the franchise.