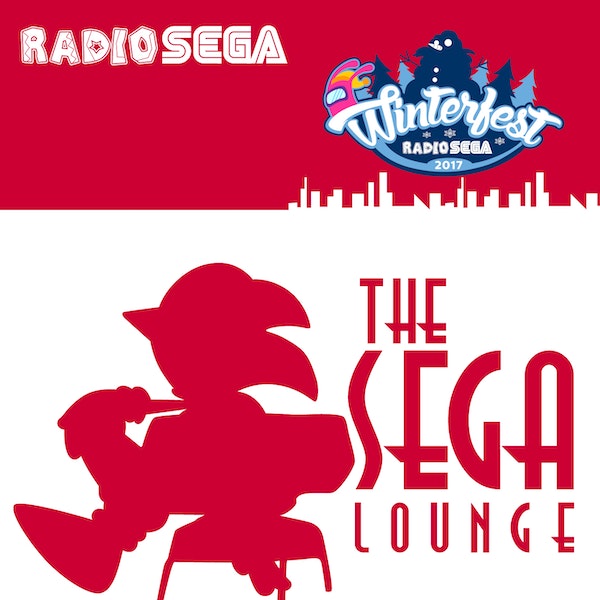 Welcome back to The SEGA Lounge for a pretty epic episode with two special guests, a review, news and the return of Memories of SEGA! Our main guest is Ian Wall, developer of Alex Kidd in Miracle World 2, but we're also joined by Olivier who's behind an online petition to bring back the Panzer Dragoon series.

We're back from our Summer break, LiVE, and with a special episode dedicated to RadioSEGA Presents: Collision Theory, a brand-new charity album to support Special Effect.

For the last episode before the Summer break, we have Mustin on The SEGA Lounge. Representing Gamechops, he told us more about their newest Sonic remix album, Spindash 2.

This week's episode of The SEGA Lounge is packed with good stuff! Shadid returns with the News Desk, Chris Powell from Mega Visions mag is here to talk about issue #3, Awinnerwasyou covers Truxton in Memories of SEGA and, our main event, Claire Cameron and Jonathon Dixon are here to promote Weston Super Sonic 2017.

This week on The SEGA Lounge, we have a great chat with Gary, from Retro Redress, a brand new blog dedicated to revisiting painful video game memories of the author's childhood.

This week's edition of The SEGA Lounge features an interview with LakeFeperd, the developer of the recently released Spark The Electric Jester. Find out more about the game and its predecessors.

On this week's episode, The SEGA Lounge opens its doors to Ryan "Rlan" Langley, the man behind Sonic the Hedgeblog. Find out more about the blog and the many other projects Ryan's been working on.

This week, on The SEGA Lounge, we have Mr. Din, admin of Streets of Rage Online and the Brawlers Avenue community. Learn more about the fansite as well as his projects to revive the SOR franchise.

It's time for our usual tie-in with Mega Visions mag. This month, we sit down with David "djpretzel" Lloyd and Larry "Liontamer" Oji from OC ReMix to discuss how and why the community started and what's in store for the future.